Imagine a world unlike any other that will transport you north to rich country of natural beauty and culture. Greenland interweaves majestic ice fields and glaciers with rustic sites of great Viking importance. The massive ice sheet on its own is enough reason to visit: breathtaking views of the winter wonderland dotted with hidden lakes truly represent the beauty Greenland offers. Experience this world of ice in the charming town of Illulissat, with a gallery of icebergs just waiting to be explored by hiking or dog sledding.

Even farther north, you’ll find the Greenland National Park, the largest National Park in the world. The park itself is larger than all but twenty-nine countries! Experience truly untouched nature, as there are no permanent residents in the park; while in the park you’ll likely have the treasured opportunity to view some walruses and polar bears (from afar) in their natural habitat. Aside from the park, the entire country is dotted with natural beauties of cliffs, fjords, and hot springs.

Greenland also houses many early Viking settlements, the first visitors to the island. Erik the Red had discovered Greenland after being exiled from Iceland and his home and seat of power, Brattahlið, now called Qassiarsuk, is still alive today as a modern farming village with ties to its Norse past. The capital city of Nuuk is a stylish city perfectly designed for its arctic setting. Surrounded by immensities of nature such as the Nuuk fjord, the city stays humble to its roots but bustles with fine dining, boutique shopping, and lovely, quaint cafes known for strong coffee and delicious cake. 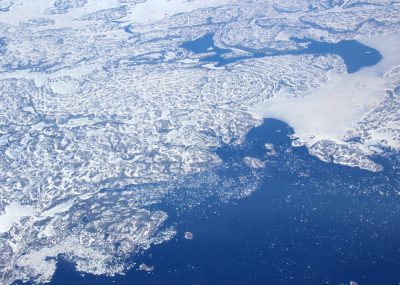 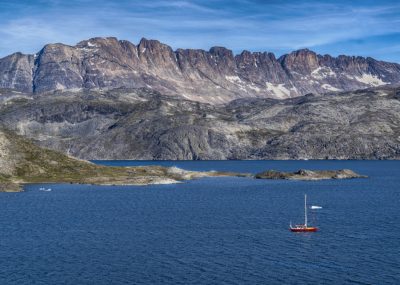 Boating in the shadow of mountains 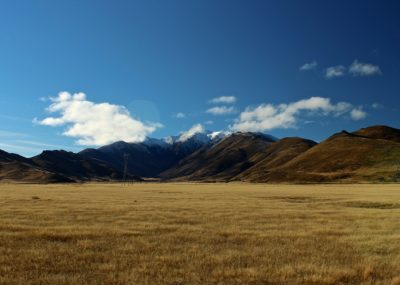 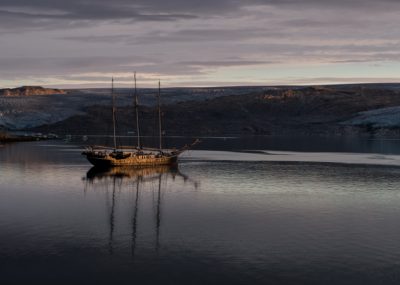 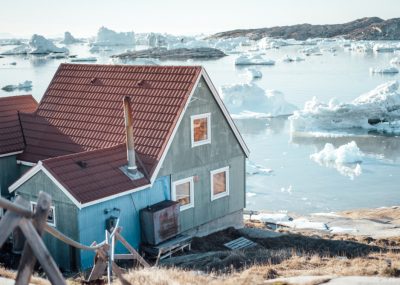 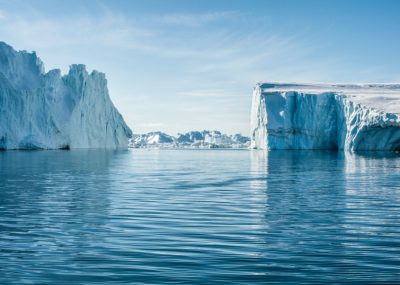 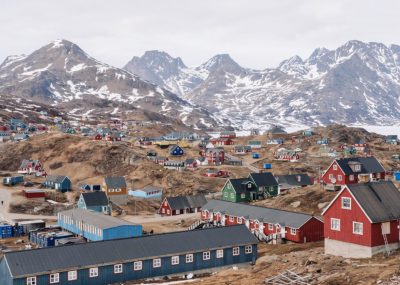 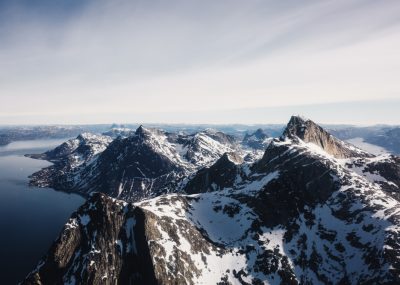 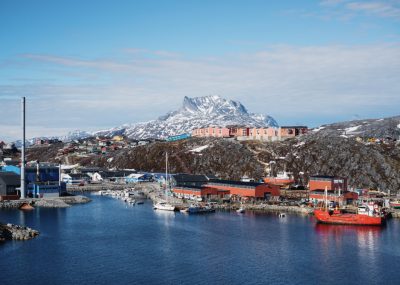